Do you like cartoons? What would you say, if you were taken into the world of 1930s, with its special cartoonish style and technics? Cuphead gives you such a wonderful opportunity, and you will be able to visit three incredible worlds, and each of them is full of peculiar features. You will undergo several changes and complete numerous missions in every world, but they are worth trying. Here you will learn some information about the second world, what you will see there and how can you cope with difficulties you will definitely face.

In this world you will meet Baroness von Bon Bon, who is a fierce and fearless boss, and you have to defeat her, because she is only the first stop in a sequence of rivals you have to conquer. This lady doesn’t want to fight directly with you, so she sends an army instead. You will fight with her soldiers, and when you finish the first part, she will make you fight with the others. This Baroness is very creative, and she will invite various soldiers to the battle field, and you need to follow her efforts to kill you. Minions are first mini-bosses, then you will see beans, but this is only a start.

Gumball Machine is the easiest boss to kill, provided you have the necessary bonus. This is a pretty harmless boss, but you have to vanquish it anyway. The Jawbreaker is big, but very slow. If you don’t touch this monster, you will be able to survive successfully. Candy Corn acts pretty much the same, and you can in by doing the same thing you did to the previous boss. Waffle is a more severe enemy, but you can defeat him, if you stay away from him at a distance of eight squares in each side and in height. Cupcake is the most terrible enemy, and you should kill him as soon, as possible. Only after you cope with her soldiers, she will attack you. Collect all the information you already know about this character, and she will fight, as crazy. You need to be very carefully, and keep the necessary distance. After you kill this boss, you will be able to go to the next levels and bosses. Good luck in other worlds! 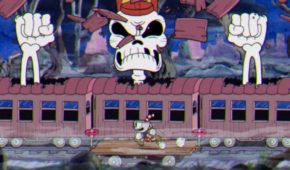